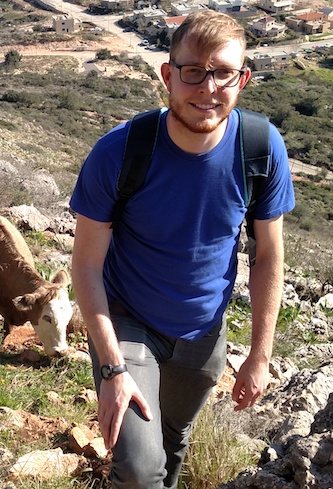 I am a Senior Assistant and SNSF Ambizione Fellow at ETHZ.

Prior to that I was a fellow of ETH Zürich Postdoctoral Fellowship Program under the mentorship of Alessandra Iozzi. Before I was at ETHZ, I was a Zuckerman STEM Leadership Postdoctoral Scholar at the Technion Department of Mathematics. I completed my Ph.D. at Brandeis University under the supervision of Ruth Charney.

You can find my CV here.

I work in the field of geometric (approximate) group theory. My research interests include groups and spaces with some aspect of negative curvature and their boundaries. I'm also interested in the ethics inherent in the practice of mathematics.

We develop the foundations of a geometric theory of countably-infinite approximate groups, extending work of Björklund and the second-named author. Our theory is based on the notion of a quasi-isometric quasi-action (qiqac) of an approximate group on a metric space.

A particular focus is on qiqacs on hyperbolic spaces. Our strongest results are obtained for approximate groups which admit a geometric qiqac on a proper geodesic hyperbolic space. For such "hyperbolic approximate groups'' we establish a number of fundamental properties in analogy with the case of hyperbolic groups. For example, we show that their asymptotic dimension is one larger than the topological dimension of their Gromov boundary and that - under some mild assumption of being "non-elementary'' - they have exponential growth and act minimally on their Gromov boundary. We also show that every non-elementary hyperbolic approximate group of asymptotic dimension 1 is quasi-isometric to a finitely-generated non-abelian free group.

We also study proper qiqacs of approximate group on hyperbolic spaces, which are not necessarily cobounded. Here one focus is on convex cocompact qiqacs, for which we provide several geometric characterizations à la Swenson. In particular we show that all limit points of a convex cocompact qiqac are conical, whereas in general the conical limit set contains additional information.

Finally, using the theory of Morse boundaries, we extend some of our results concerning qiqacs on hyperbolic spaces to qiqacs on proper geodesic metric spaces with non-trivial Morse boundary.

Throughout this book we emphasize different ways in which definitions and results from geometric group theory can be extended to approximate groups. In cases where there is more than one way to extend a given definition, the relations between different possible generalizations are carefully explored.

Regularity of Morse geodesics and growth of stable subgroups

We prove that Morse local-to-global groups grow exponentially faster than their infinite index stable subgroups. This generalizes a result of Dahmani, Futer, and Wise in the context of quasi-convex subgroups of hyperbolic groups to a broad class of groups that contains the mapping class group, CAT(0) groups, and the fundamental groups of closed 3-manifolds. To accomplish this, we develop a theory of automatic structures on Morse geodesics in Morse local-to-global groups. Other applications of these automatic structures include a description of stable subgroups in terms of regular languages, rationality of the growth of stable subgroups, density in the Morse boundary of the attracting fixed points of Morse elements, and containment of the Morse boundary inside the limit set of any infinite normal subgroup.

An embedding of the Morse boundary in the Martin boundary

We study direct limits of embedded Cantor sets and embedded Sierpiński curves. We show that under appropriate conditions on the embeddings, all limits of Cantor spaces give rise to homeomorphic spaces, called \(\omega\)-Cantor spaces, and similarly, all limits of Sierpiński curves give homeomorphic spaces, called to \(\omega\)-Sierpiński curves. We then show that the former occur naturally as Morse boundaries of right-angled Artin groups, while the latter occur as Morse boundaries of fundamental groups of finite-volume, cusped hyperbolic 3-manifolds.

A survey on Morse boundaries & stability

In this paper we survey many of the known results about Morse boundaries and stability.

We build quasi-isometry invariants of relatively hyperbolic groups which detect the hyperbolic parts of the group; these are variations of the stable dimension constructions previously introduced by the authors.

We prove that, given any finite collection of finitely generated groups \(\mathcal{H}\) each of which either has finite stable dimension or is non-relatively hyperbolic, there exist infinitely many quasi-isometry types of one-ended groups which are hyperbolic relative to \(\mathcal{H}\).

Stability and the Morse boundary

Stable subgroups and the Morse boundary are two systematic approaches to collect and study the hyperbolic aspects of finitely generated groups. In this paper we unify and generalize these strategies by viewing any geodesic metric space as a countable union of stable subspaces: we show that every stable subgroup is a quasi-convex subset of a set in this collection and that the Morse boundary is recovered as the direct limit of the usual Gromov boundaries of these hyperbolic subspaces.

We use this approach, together with results of Leininger–Schleimer, to deduce that there is no purely geometric obstruction to the existence of a non-virtually-free convex cocompact subgroup of a mapping class group.

We prove that every stable subset of a right-angled Artin group is quasi-isometric to a tree; and that the stable dimension of a mapping class group is bounded from above by a multiple of the complexity of the surface. In the case of relatively hyperbolic groups we show that finite stable dimension is inherited from peripheral subgroups.

Finally, we show that all classical small cancellation groups and certain Gromov monster groups have stable dimension at most 2.